Isobel Bird has been involved in the world of paganism and witchcraft for many years. She lives and dances beneath the moon somewhere in New England.

Isobel Bird is a practicing Wiccan, whose teen series Circle of Three, developed a cult following among otherwise well-behaved, bookish readers. Isobel lives and celebrates the moon in Northern California

Isobel Bird (a penname) was born in 1969. She was raised Jewish and discovered Wicca in college. A few years later, she began to study Paganism seriously.

She began writing as a teenager. Though teachers encouraged her to become a writer, she did not really consider it until after college. She decided to write Circle of Three to show young adults how Wicca is actually practiced. She calls the series "a guided tour of life in Wicca" and she hopes that the books will help readers find their own paths and strengths. She often calls on the Celtic goddess Brigid for inspiration when writing. 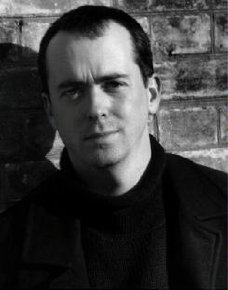 Isobel's true identity is Michael Thomas Ford. Ford is a prolific gay writer whose work includes editing Once Upon a Time and the non-fiction book The Path Of The Green Man: Gay Men, Wicca and Living a Magical Life, in which he revealed his authorship of Circle of Three. He used the name Isobel Bird because at the time, he was keeping his young adult writing separate from his adult writing; the name is in honor of writer Isabelle Holland, who was a professor of his in college.1 His novel, Suicide Notes, was his first YA released under his real name. He also wrote Jane Bites Back, a take on both the Jane Austen and vampire crazes, in which Jane Austen is revealed to be an immortal vampire with writer's block, and decides to get revenge on everyone who has cashed in on her work in the modern day. A sequel, Jane Goes Batty, is forthcoming.

He has said that the Circle of Three series are among his favorites of everything that he has written.2 He wrote roughly one Circle of Three book a month.3 In a blog post on Red Room, provocatively entitled "My Characters Are Not My Friends", Ford mentions that Jane Goldstein is one of his favorite characters that he's ever written, and that he would like to have dinner with her.

Michael Thomas Ford is the author of more than fifty books, for both young readers and adults, in genres ranging from humor to horror, literary fiction to nonfiction. As a writer for young adults, he is the author of the popular Circle of Three series (writing as Isobel Bird); nonfiction books about spirituality (Paths of Faith), the AIDS crisis (Voices of AIDS), and the gay community (The World Out There and Speaking Out); and the novels Suicide Notes and Z (forthcoming in 2010).

His work for adult readers includes the bestselling novels Last Summer, Looking for It, Full Circle, Changing Tides, and What We Remember, and five essay collections in the Trials of My Queer Life series. His current project is a series featuring Jane Austen as a modern-day vampire. The first book in the series, Jane Bites Back, will be published in 2010.

His work has been nominated for 11 Lambda Literary Awards, twice winning for Best Humor Book and twice for Best Romance Novel. He was also nominated for a Horror Writers Association Bram Stoker Award for his novel The Dollhouse That Time Forgot. He lives in San Francisco with his partner, a buch of very bad dogs, two hamsters, and seven tarantulas.

Retrieved from "https://circleofthree.fandom.com/wiki/Isobel_Bird?oldid=4357"
Community content is available under CC-BY-SA unless otherwise noted.